The elegant outline of flamingos, the gold of soft sand, the turquoise blue of warm waters; vast ranges of hills covered in a bright carpet of wild flowers; the tranquil countryside along the banks of the Guadiana, lush with orchards and vegetable gardens: these are just a few facets of a municipality that stretches from the sea to the hinterland, with a river as its boundary. 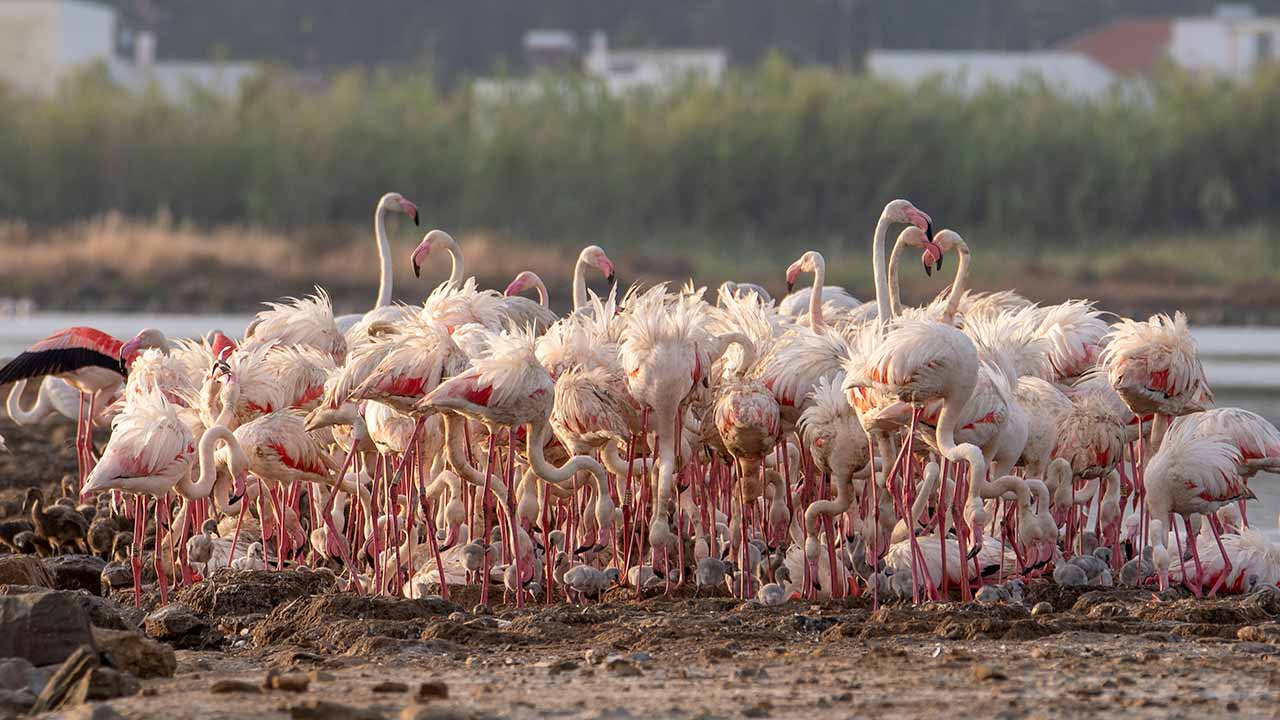 The remains of the first settlements in the area date from the Neolithic period (approximately 5000 years B.C.); these persisted into the Age of Metals, possibly by way of a fort situated on the hill where the castle now stands. During this period Castro Marim was closer to the sea than it is now. According to geological research it consisted of an island surrounded by shallow waters. For thousands of years Castro Marim was a port that offered shelter to the ships that sailed up the Guadiana river to collect the metals – above all copper – extracted from the mines in Alcoutim and Mértola. There is documentary evidence of the Phoenician and Roman presence in the area of the town which, during the time of the Moorish occupation, possessed a defensive structure that occupied what was originally the core of the present castle. In addition to the river routes on which Castro Marim’s prosperity was founded, the town was also connected to Lisbon by a Roman road that ran parallel to the Guadiana river and passed through Alcoutim, Mértola and Beja.

The Christian reconquest in 1242 was followed, in the second half of the 13th century, by a policy of repopulation and reinforcing local defences in view of the town’s strategic position on the border with the kingdom of Castile and attacks by Moorish raiders, from North Africa. This explains why the king D. Dinis (1261-1325) made Castro Marim the headquarters of the Order of Christ, which had been established in 1319 to replace the order of the Knights Templar. Years later, however, the Order of Christ was transferred to Tomar, and this marked the beginning of a period of waning fortunes for the town and its surrounding area, which saw its population decline. To reverse this pattern, in 1421 the king D. João I granted Castro Marim the privilege of being a “sanctuary for fugitives” – a place of shelter for refugees and wanted men with the aim of attracting new lifeblood. The town retained this privilege almost until the end of the 18th century. Cut off from the sea, with an economy based for centuries on fishing, salt production, agriculture and boat-building, the municipality of Castro Marim entered a long period of stagnation, relieved only by the growing dynamism of recent decades.

On the top of one hill stands a castle, on the other a star-shaped fort. Between the two, the houses of Castro Marim are spread, with their colourful parapets, their flat roofs and their ornate chimneys sculpted into lace-like patterns. All around, the dark brown of the schist, set off by the cool blue of the river and, on the horizon, the sea.